Metal roofing is one of the most popular types of roofing in Australia, and that's because of its durability. Once installed, metal roofs can last decades before the need for replacement. However, as a new roofer, you probably do not know that homeowners rarely call roofers to inspect their metal roofs. The resilience of metal roofs plays a significant role in such consumer behaviour. As a roofer, you need to encourage clients to conduct regular inspections of their metal roofing. It might seem difficult, but the pointers provided in this post should give you a head-start.

Inspect the Entire Roof Before Repairing

When called upon to conduct repairs on a metal roof, the client might only need you to seal off a leak on a particular part of the roof. Such clients present an opportunity to sell your roof inspection skills. Before you embark on a repair task, tell the client that you first need to carry out a thorough inspection of the entire roofing system. A leaking roof, no matter how fresh, allows moisture and water into the ceiling and other parts. When this happens, repairing a leak should be the least of your clients' worries because the frames and beams might already be affected.

Metal roofs must endure the same weather elements as all other roofs, weather that might cause damage. During such incidences, an insurance company will send a representative to carry out an inspection of the damage caused, if any. However, in most cases, the representatives are not permitted to go up a client's metal roof to conduct the inspection. As such, the possibility of missing leaks and superficial damage is quite high. Clients have to put up with a superficial inspection if they do not have an alternative. You can pitch your metal roofing inspection skills to such clientele. For instance, if the odds are on your side, you might just point out a warped roof lap that a previous inspector had missed.

The fact that regular metal roof inspection is a forgotten subject does not mean that every homeowner does not do it. There are people that understand the importance of such a service, and this is the group you should reach out to. You can engage more clients by charging lower rates than other roofers for the same service. Customers might schedule roof inspection once every six months. However, if your charges are unreasonable for a biannual service, some customers won't mind skipping the exercise. Therefore, keep your rates reasonable. 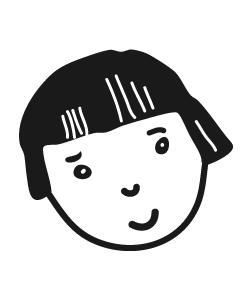 Writing about roofing may not seem like a very exciting thing to be doing but I love it. That is why I have started this blog. I'm Rosa and this is my roofing blog. I first became interested in roofing when I called in a team of contractors to assess the roof space on my property. There had been a very strong tropical storm a few days before which had damaged the roof tiles. The contractors were great and provided me with lots of really useful information. They carried out a repair job and gave me lots of really good advice.